Disney Pumpkin carving patterns and templates are always hot during Fall! Everyone almost certainly has a favorite Disney character and they want to replicate this on a Jack O Lantern. 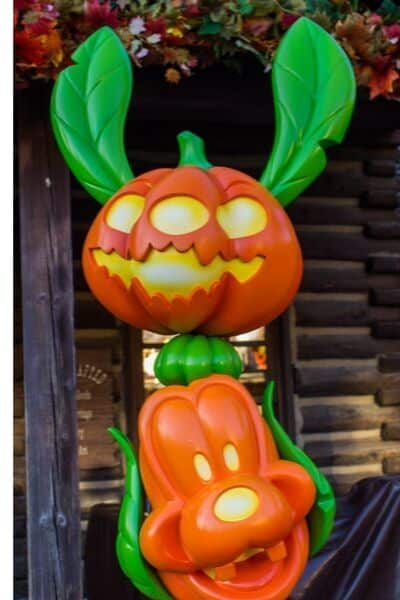 I want to bring you some new Disney pumpkin carving ideas as opposed to the ones that have been shared over and over again! Yep I searched high and low and the latest pumpkin carving ideas for 2021 featuring Disney characters include Toy Story and Aladdin! If you want something different you have come to the right place.

You know it is super simple to find a pumpkin carving stencil of your favorite characters. The way I do it is to go and find an online printable coloring sheet and BINGO, there's my stencil. Sometimes I need to enlarge these or edit them slightly.

There are literally tons of free advanced pumpkin carving patterns online so you will never run out of ideas! I have got to put the emphasis on FREE! It took me quite a while to get these together.

Just make sure you pick lots of pumpkins whenever you visit your local pumpkin patch!! Normally each child gets one free! It is important to dress suitably and wear appropriate shoes when going pumpkin picking.

List of Disney Pumpkin Carving Templates that I expect to be most popular in 2022!

If you follow Disney trends like me then you will know exactly what all the cool kids will want on their Jack O Lanterns! I am expecting a surge in searches and requests for Aladdin pumpkin faces as there is a new movie out. Lucky for you I have found some of the best Disney Pumpkin Faces featuring characters from the new movie, Aladdin.

How about Jafar from Aladdin. I have to warn you this stencil looks very advanced and will require excellent fine motor skills as well as the best pumpkin carving tools to perfect it. You might need a few attempts to get it right.

Everyone knows Toy Story 4 has hit our screens and as well as a massive surge of toys, pumpkin stencils are also in demand. You know how it is, a new movie comes out and that's all the kids want to talk about. My kids are already putting Toy Story 4 gifts on their Santa list.

Although not unique to Toy Story 4 I had to share the template for the Toy Story Alien!

Of course no Toy Story would be complete with Buzz Lightyear and his Pumpkin face stencil looks awesome!

There are so many DIY Toy Story 4 Pumpkin including Forky Pumpkin! This is a craft pumpkin which does not involve carving or painting but I thought I would mention it here incase you want to make one with your kids.

Every little girl loves Daisy Duck, I mean she is Donald's right hand woman! Fortunately I have found video of someone carving her face onto a pumpkin. How adorable is she?!

There are lots of pumpkin face carvings featuring your favorite Disney characters if you browse Youtube.

Frozen 2 is due out any day now and this can only mean one thing, a massive surge in Elsa and Anna pumpkins! You can find Elsa, Anna, Olaf and Kristoff Stencils at 4 the love of Family.

The Elsa frozen pumpkin carving will never get old. Personally I love the one in the video below. Check it out if you have the patience to create such an advanced design on your Jack O Lantern.

If you want some other pumpkin carving patterns for 2022 please check out my pumpkin cat face or perhaps you want some no carve ideas. If so you need to see my cool painted pumpkin ideas.

If you love Disney Princess pumpkin carving patterns I have saved the best for last. I am expecting this to be a massively popular Pumpkin carving design in 2022 as the new movie is about to come out very soon.

Yep it's the Cinderella pumpkin carvings. I have seen lots of pumpkins painted as Cinderella's carriage and while they looked magnificent the carved versions were even better.

I have included the link to a Pinterest image of the Cinderella Pumpkin Stencil which feature the beautiful Princess in the Pumpkin shaped carriage alongside her future Prince.

Be warned though this is not one of my easy pumpkin carving suggestions as it looks really intricate and would possibly take hours of concentration to even try and replicate it.

If you do manage to do so please let me see a picture in the comments.

What Other Disney Jack O Lantern's Would you Like to See Stencils and Carving Patterns For?

If you could pick 5 Disney characters to carve on a Jack O Lantern, what would they be? I could find lots and lots of Minnie Mouse Pumpkin stencil ideas, and she would be one I would pick. My little girl adores her.

Although I would probably prefer to do a painted pumpkin with Minnie as you could incorporate the colors better. I think the final result would be most impressive. If you were to do a Minnie Mouse Jack O Lantern, you would need to do a Mickey Mouse one also.

You could make these really simple and just do a normal face carving and add ears using cardstock. A polka dot bow would be perfect on the top of the pumpkin for Minnie.

There are free Minnie Mouse Disney Pumpkin carving patterns online or there are a few cheap stencils for sale on Etsy.

Just recently I have been asked for a Bluey pumpkin stencil. I have found a great Bluey pumpkin carving to share with you on Pinterest. Unfortunately there are Bingo stencils online but none for Bluey, but you may be able to copy this ladies Jack O Lantern face.

If you want to make a Disney Bluey pumpkin without carving you can try the painted version on Savvy Mama Lifestyle. She was kind enough to share a picture of it with me and I think it looks great. Toddlers and preschoolers could attempt this particular pumpkin. Anyone Disney pumpkin stencils you would like me to search for?

Do you like my collection of Disney Pumpkin Carving Patterns? 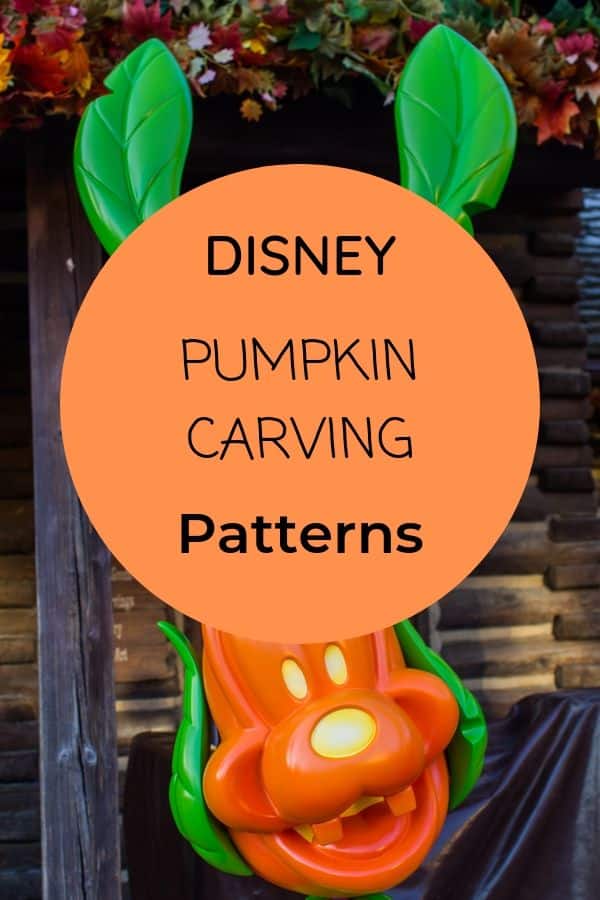