Everyone loves Jack O Lanterns at Halloween! I mean I carve lots every year! Have you ever wondered what is the origin of the Jack O Lantern? Where did they come from and when was the first carving done? Do you know the story behind it all? 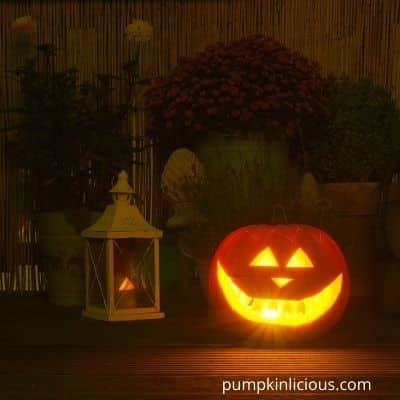 For as long as I can remember living here in the UK I remember seeing carved vegetables at Halloween! Notice I said vegetables as pumpkins were not always the fruit/vegetable of choice.

It is only in recent times that pumpkins were used for carving. By the way I have lots of fabulous Advanced pumpkin carving ideas for you to try out as soon as you get your hands on a pumpkin!!

Rumour has it the first Jack O Lantern was actually carved in my homeland, Ireland a long time ago during the 19th century! During the potato famines lots of Irish immigrated to America, and took with them the story and idea of Jack O Lanterns!

The first jack-o-lantern was actually created from a vegetable that was not a pumpkin. What vegetable was it?

The big news is that pumpkins were not common in Ireland or the UK in general during the 19th century so we carved something else! Yep we used turnips and sometimes potatoes! I can also confirm that these were still used for carving in the 1980s in Ireland as opposed to pumpkins!

I am glad we have progressed onto carving pumpkins as they are much easier to decorate as opposed to a turnip! Although turnips are available all year long here so they are a good thing to use for carving practice.

You can start your own countdown as to when you can begin your pumpkin carving journey!

You may wonder why people ever bothered carving turnips, and eventually pumpkins, and why is it called a Jack O Lantern.

According to History.com it comes from the story of Stingy Jack who liked to indulge in too much alcohol. He was an evil man who met up with Satan.

He is known as stingy as he insisted Satan foot the bill for a night of drinking! He insisted Satan use his powers to turn into a coin to pay the barman and so he did.  Jack made Satan promise not to take him to hell!

Jack kept wondering around for years until he met Satan again and yet again he conned him, this time into getting him an apple. As before Stingy Jack made Satan promise not to take him to Hell.

Unfortunately Jack did die a while later. As he was evil he did not get to heaven and Satan did not let him into hell. Instead he wondered around with a light inside a carved turnip.

After hearing this story people thought they should carve vegetables and put them on their window sills to ward off evil.  As years went by pumpkins between the ideal fruit to carve.

Are you impressed with the Jack O Lantern Origin and History? 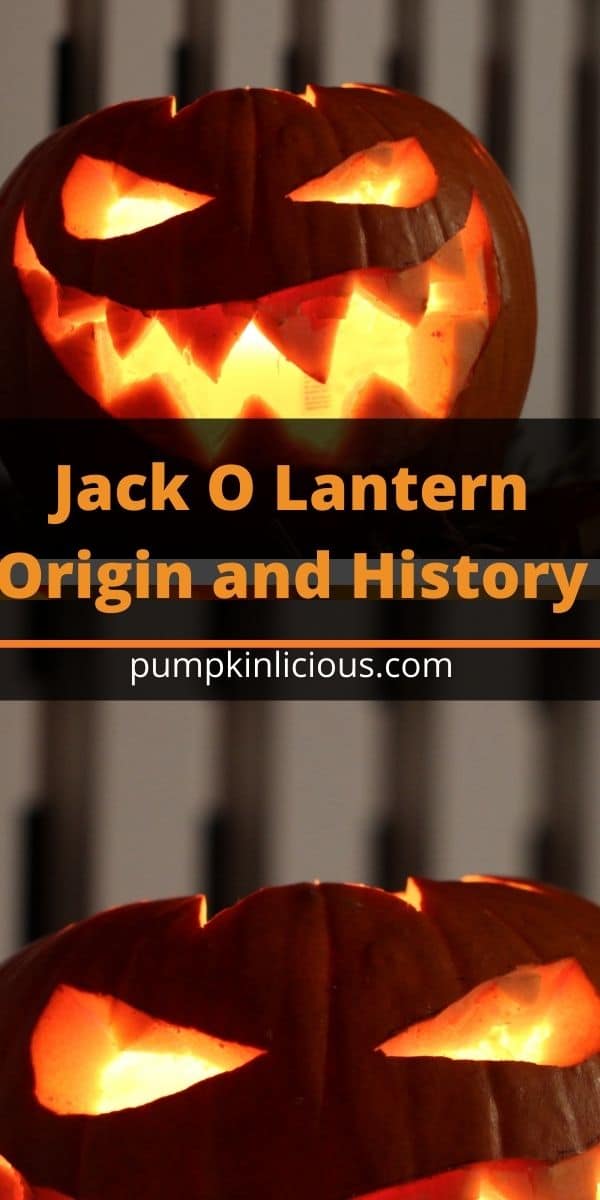