Fall is for fun. Pumpkins are at the center of everyone's attention. And there are lots of pumpkin festivals round the world. But today we'll let Kristian Campana of Ohio Festivals tell us about the Circleville Pumpkin Show. 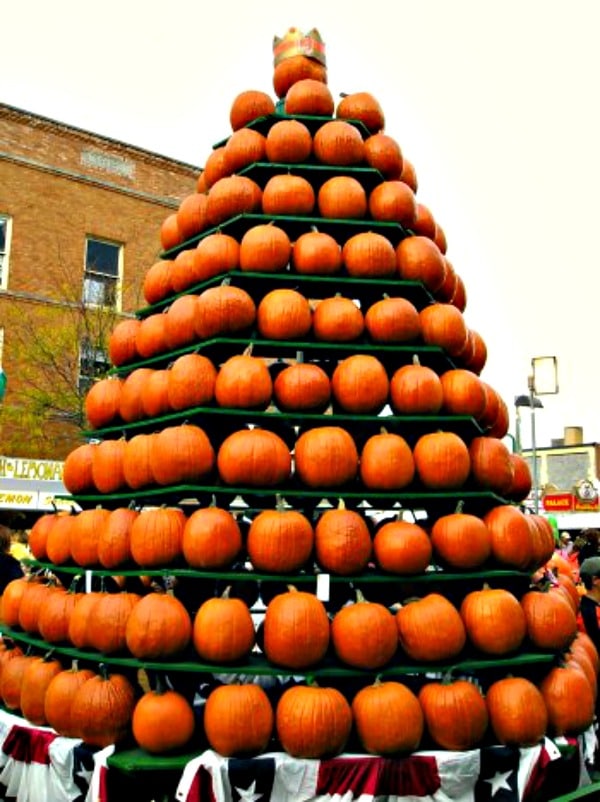 One thing I’ve learned in the past 5 years is that Ohio has a lot of festivals.  Through a blog I run, I have been fortunate enough to have documented 300 of them, only to constantly learn of others.
Now I know there are at least 1,000.

Of course, these festivals come in all forms, including music festivals, art festivals, and tons of town or community festivals.  There are festivals with interesting themes like duct tape, skunks, Vikings and Dean Martin.

And let’s not forget pumpkins!

Ohio has at least 10 pumpkin themed festivals, usually with plenty of pumpkin décor, growing competitions, and baked goods.  I always love checking out the largest pumpkins on show!

There’s even one pumpkin festival that performs “punkin chunkin” or pumpkin catapulting.

But while most of these events are fun festivals, one of them brings the food festival experience to an entirely new level.

For more on all the Ohio Festivals, click here.

Created in 1903, this Circleville Ohio Pumpkin Festival began as an attempt to bring the farmers and city folk together.  Then mayor, George Haswell, asked the farmers to bring their best autumnal produce downtown to put on display.

The farmers obliged, the city folk appreciated the display and the one-day show was declared a success.  The following year, the local merchants decided to take part.  The year after that, a merry-go-round was added.

Over 100 years later, one of Ohio’s oldest festivals has grown by leaps and bounds.  The one day festival is now four days and it covers an area that takes up more than 9 city blocks.  And those blocks are filled with an estimated 400,000 annual visitors (100,000 per day) who have plenty to enjoy through various entertainment stages, 7 parades, the more than 20 rides, and the pumpkins – oh the pumpkins – that make this festival such a success. 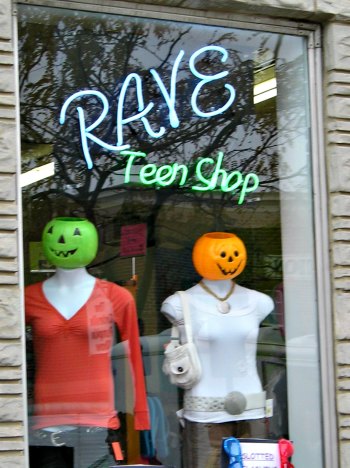 In the heart of the festival, pumpkins and other produce are sold next to a huge pyramid and a display of the winning giant pumpkins that many visitors use as photo opportunities.

Marked buildings on the festival grounds house exhibitions of judged baked goods, produce, and even pumpkin arts and crafts.

Even neighboring homes have porches lined with jack-o-lanterns and inflatable Halloween gourds in their lawn.

But what really makes the Circleville Pumpkin Show great (to me) is the food! 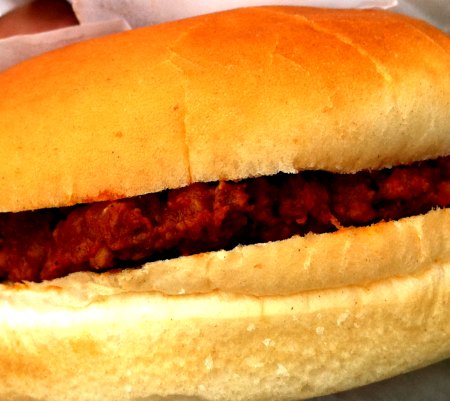 In the past, I can’t tell you how disappointed I’ve been with food-related festivals where maybe a corn festival only had one stand of corn on the cob.  Or a strawberry festival had one booth selling strawberry shortcake.

It’s my belief that a festival really needs to celebrate their theme with a lot of variety and selection, since this helps express the festival’s excitement and pride about the theme.  Five varied dishes or more would be ideal, depending on the size of the festival.

Even more would make it memorable.

At the Circleville Pumpkin Show, they don’t only offer a wide selection of expected dishes like pies, fudges and rolls.  They also get creative with their pumpkin products in the forms of taffy, waffles, cannolis, doughnuts and ice cream.

And still the festival goes further. Less common savory dishes are also served at the festival with delicious pumpkin soups, fried pumpkin blossoms, and burgers, consisting of pureed pumpkin and ground beef for a delightful meal that goes against the norm.

Overwhelmed?  That’s okay.  Free Show literature will map out all pumpkin food possibilities. That way you don’t fill up too quickly before learning about an even better-sounding treat.

When I was last there, I ate a pumpkin doughnut, burger, cannoli and part of the pumpkin dumpling with ice cream.

How many yummy items will be you able to eat from this list of Circleville Pumpkin show food?

This article and the photos on this page are by Kristian Campana of Ohio Festivals.

For many more Pumpkin Festivals Worldwide

Have you ever been to the Circleville Pumpkin Show?